The media is a key foundation in any political system. While it does not have the formal status of other institutions, such as the constitution federalism and the parliament, it nevertheless, like political parties, plays an integral part in the practice of politics. This is because it is the major source of political information for most people. Few of us participate directly in political activities. We are not members of political parties, we do not go to public meetings, and we rarely, if ever, communicate with our political representatives.

Most of us learn about politics, about the performance of politicians, the actions of government departments and agencies, and the activities of interest groups, from television, radio, newspapers and from the internet. This communication is not a one-way process because politicians also learn about the communities’ concerns and aspirations through the mass media. Beyond acting as a communications link between governments and politicians and the people they serve, it is also important to remember that the media is a political player in its own right, helping to set the political agenda.

What, then, determines the media’s role in politics?

Media is, in the first instance, big business. The major media corporations number amongst the biggest organisations in the world. They are businesses which depend largely on advertising to generate revenue and their ability to attract advertisers depends on the size of their audiences or readers. Bigger audiences translates into higher advertising rates, and this, in turn depends on providing material which appeal to the audiences that advertisers most want to reach. But the media is “not just another business”. Historically, it has embraced the role of “watchdog”, charged with the responsibility of monitoring politicians, scrutinising government activities, and identifying failings on behalf on the public. To fulfill this role, it has often demanded, and received, privileged access to the political players and laws to protect free speech. For many therefore, a free press, is a hallmark of democracy. 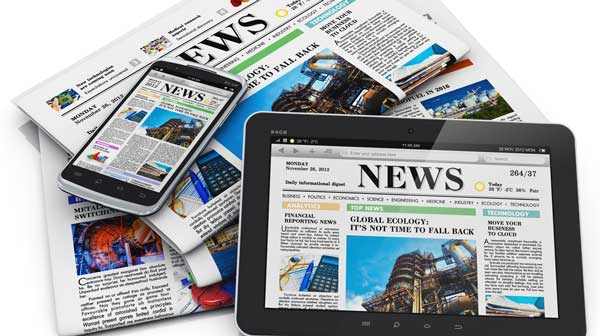 DLM Marketing has worked with a number of different sized businesses from sole traders to multi-national corporations and we strive to form good relationships with our clients and take the time to understand your products, services and how you interact with your customers.

Digital Marketing Many years ago before the internet was such an important part in our everyday lives. Business owners had... read more

Communication strategies in a noisy market

Marketing plans have evolved Many years ago marketing was reasonably straight forward and simple.  You would decide on your company’s... read more

Your potential customers are always searching for local businesses. Google recognizes this and gives a higher ranking to businesses... read more

What is a competitive advantage?

The rise of digital marketing channels

The importance of good customer service

The importance of customer service Do you know who your customers are and why they choose to purchase from you? Great... read more

SEO Sharks – Don’t become a victim What you should know before hiring a SEO manager Be wary of SEO firms... read more

Marketing industry There are many unregulated industries and marketing is one of them. Basically anyone can pay to have a website... read more