Personality may be described as an amalgam of the psychological characteristics that both determine and reflect how we respond to our environment. Although personality tends to be consistent and enduring, it may change abruptly in response to major life events, as well as gradually over time.

Three theories of personality are prominent in the study of consumer behavior: Freudian theory, and Neo-Freudian and trait theory. Freud’s psychoanalytic theory provides the foundation for the study of motivational research, operating on the premise that human drives are largely unconscious in nature and serve to motivate many consumer actions. 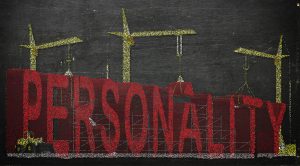 Each pair of dimensions reflects two distinctly different personality characteristics which influence consumer responses to the world around them.

Trait theory is a major departure from the qualitative or subjective approach to personality measurement. It postulates that individuals possess innate psychological traits to a greater or lesser degree, and that these traits can be measured by specially designed scales. Because personality inventories are simple to use and score, and can be self-administered, they the preferred method for many researchers in the assessment of consumer personality.

Each individual has a perceived self-image as a certain kind of person with certain traits, habits, possessions, relationships and ways of behaving. Consumers frequently attempt to preserve, enhance, alter or extend their self-image by purchasing products or services and shopping at stores believed to be consistent with the relevant self-image, and by avoiding products and stores that are not.